About the Kerry Wood Nature Centre

Located in The City of Red Deer, on the south bank of the Red Deer River the Kerry Wood Nature Centre is Central Alberta’s year-round destination for environmental education. Visit the Nature Centre for hands-on natural history interpretation, interactive exhibits, unique books or gift ideas, and so much more.

The Nature Centre is the hub of Red Deer’s Waskasoo Park Trail System; a starting point for anyone looking to delve into their natural surroundings and local wild spaces.

Who was Kerry Wood? 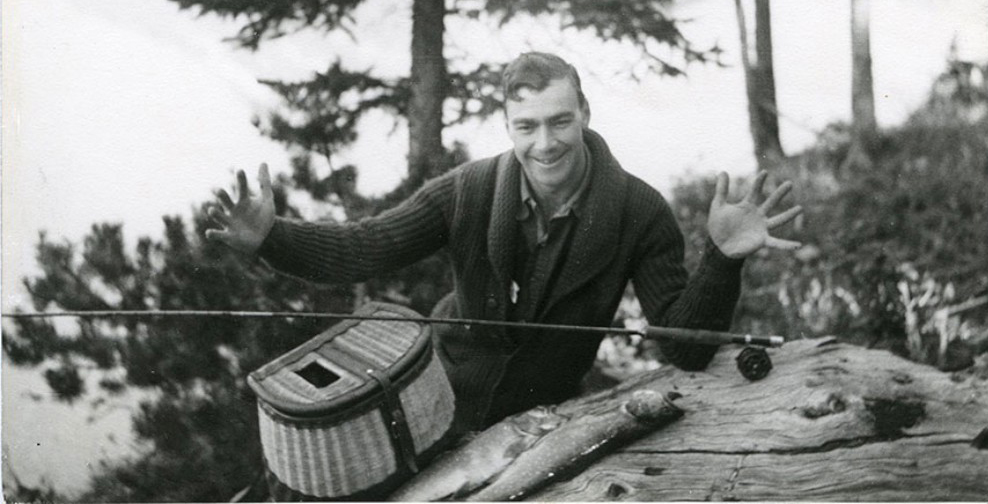 Edgar Allardyce "Kerry" Wood came to Red Deer in 1918 as a youngster from New York. He spent his free moments wandering through the sanctuary, looking at and learning from the wildlife he encountered. His interminable questions were answered by friendly librarians, by the First Nations people he met in his wanderings, and by friends in the Alberta Natural History Society.

In his mid-teens, Kerry Wood decided to stay in Red Deer and make his own way as a writer when his parents moved to British Columbia. His first winter was a lean one, depending upon fish he could catch in the river, animals he could snare, edible wild plants, and gifts from friends. The hardships of that winter, his experiences as a scout and scout leader, and his many years as the volunteer warden for the Gaetz Lakes Sanctuary provided Kerry Wood with the stories that he set on paper. During his career, Kerry Wood wrote 6,200 short stories, 8,000 articles, 9,000 newspaper columns, and hundreds of television and radio programs.

Kerry "Nobby" Wood passed away peacefully at his home on July 25, 1998 after a lengthy struggle with heart problems and cancer. His beloved Marjorie passed away from cancer on Sept. 21, 2002. His stories live on in 24 books and numerous children's readers.

Among his many honours were the Order of Canada, the Order of the Bighorn, the Alberta Achievement Award, an Honorary Doctor of Laws from the University of Alberta and numerous life memberships in a variety of organizations with which he was connected.